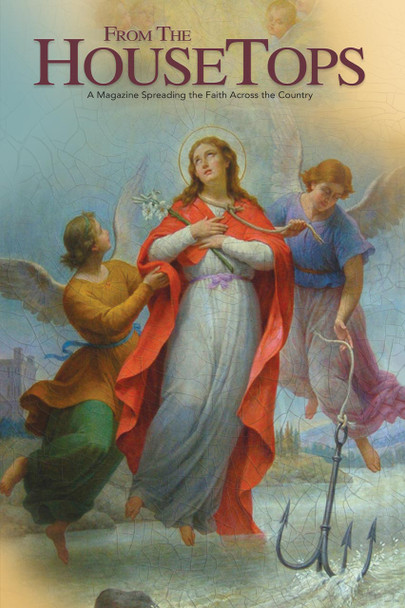 In 1802, the mysterious grave of this young martyr was discovered in the Roman catacombs. Her courageous story, mystically revealed to three people, told how she faced torture and death at the hands of the Roman emperor. The thirteen-year-old Philomena persevered in her virtue and Faith to the very end. She is an intrepid and powerful little intercessor before the throne of God!

MSRP:
Now: $16.95
Was:
Though nothing historical is known of her, she was declared a Saint in 1837, only 35 years after discovery of her relics. Here is the whole incredible story, plus many accounts of her tremendous...

MSRP:
Now: $16.95
Was:
The early Roman virgin-martyr whose bones were discovered in 1802. She immediately began answering prayers, with so many favors and miracles being granted that she was raised to sainthood by Pope...

MSRP:
Now: $4.95
Was:
Saint Benedict, Father of Western Monasticism, cuts a prestigious figure both historically and spiritually. His influence is still with us today, leaving his impact on the world in education, art,...