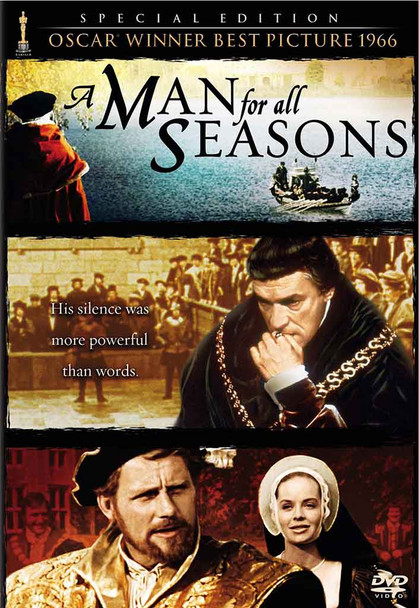 Torn between his conscience and duty to the crown, Sir Thomas chooses to say nothing, sparking the rage of the king. What unfolds is a battle of wills packed with palace intrigue, political brinksmanship and the fate of man, church and country. In the end, his silence spoke loudest of all.

MSRP:
Now: $19.95
Was:
From Jean Delannoy, one of France’s foremost filmmakers, comes this top quality feature film production of the story of St. Bernadette and the apparitions of Our Lady of Lourdes. Actress Sydney Penny...

MSRP:
Now: $22.95
Was:
This movie captures the Capuchin friar's intense faith and devotion, and deep spiritual concern for others, as well as his great compassion for the sick and suffering. It reveals the amazing details...

MSRP:
Now: $19.95
Was:
A Grand Prize Award Winner at the International Cannes Film Festival and a heartwarming film, “Marcelino Pan Y Vino,” is about a little orphan boy who causes a miracle. Left on the...

MSRP:
Now: $109.95
Was:
This 9.5 inch beautifully hand-painted Seated Madonna and Child Statue radiates the warmth and love of the Blessed Mother for her Divine Son. The lovely faces of the Divine Infant and the Blessed...

MSRP:
Now: $19.95
Was:
Have you read some of our excellent books from Mancipia Press? In an effort to spread the word and do our part in the new evangelization, you can now get the 3-book Mancipia Collection for a...