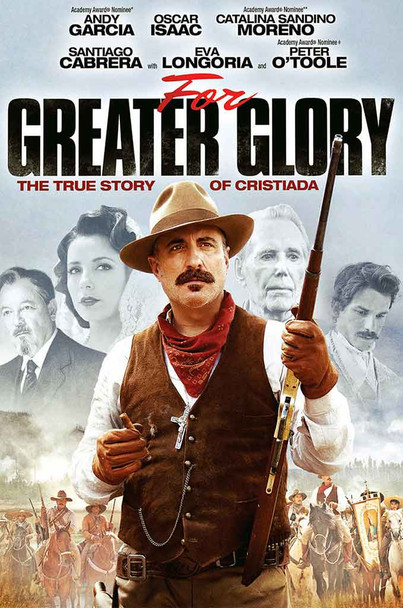 What price would you pay for freedom? In the exhilarating action epic For Greater Glory an impassioned group of men and women each make the decision to risk it all for family, faith and the very future of their country. The film's adventure unfolds the long-hidden, true story of the 1920s Cristero War ­which shines as one of the most courageous moments of all history. An truly inspirational, moving, and spiritually triumphant film! A must-see for every Catholic!

Watch the official trailer below!

MSRP:
Now: $19.95
Was:
From Jean Delannoy, one of France’s foremost filmmakers, comes this top quality feature film production of the story of St. Bernadette and the apparitions of Our Lady of Lourdes. Actress Sydney Penny...

The Glories of Czestochowa and Jasna Gora

MSRP:
Now: $9.95
Was:
Read about the fascinating story behind Our Lady’s miraculous image that has been preserved for centuries at Jasna Gora in Czestochowa, Poland, and the miracles attributed to Our Lady’s powerful...

MSRP:
Now: $14.95
Was:
Codename: "Cocol" -- Undercover for God tells the inspiring and often very funny story of that "master of disguises" – Blessed Miguel Augustin Pro, SJ! He was a daring priest who risked his life to...

MSRP:
Now: $14.95
Was:
The story of Saint Bernadette Soubirous, the visionary of Lourdes, told for children. Saint Bernadette had a delightful personality, which comes out in her brave and often humorous words. While...

MSRP:
Now: $12.95
Was:
This Vision book for youth 9 - 15 years old tells the thrilling story of one of America's greatest missionaries who came down from Canada with explorer Louis Joliet to explore the mighty Mississippi...