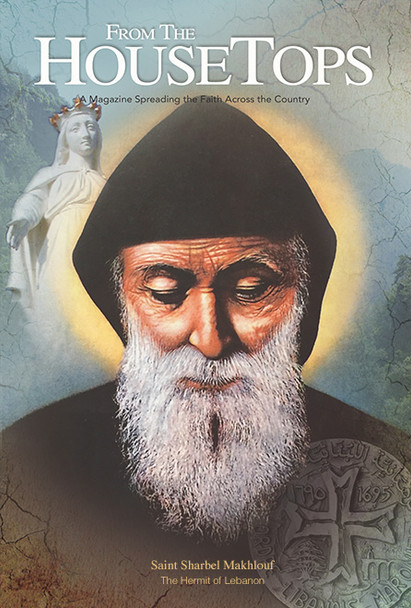 This Lebanese saint who rarely spoke spent most of his life in the hills of Annaya monastery, sacrificing and praying for others. Only at his death was his holiness realized with thousands of miracles occurring at his grave. A beautiful article with an important message for our noisy age – God is found in silence.

MSRP:
Now: $19.95
Was:
"The only tragedy is not to be a saint", wrote the French novelist Léon Bloy. And St. Francis de Sales said that "A sad saint would be a sorry saint." But what is a saint? One way to answer is to...

A Year With the Saints

MSRP:
Now: $44.95
Was:
"Those who follow the saints", said Pope Clement I, "will themselves become saints". Their words and deeds provide a treasury of time-tested wisdom, encouragement, and inspiration for the pursuit of...

Renew Subscription to "From the Housetops"

MSRP:
Now: $15.00 - $35.00
Was:
Renew Subscription We know you want to nourish your soul and mind, and one of the best ways to do this is to read great Catholic content. Books, stories, and spiritual reflections have been...