The Hidden Treasure of Glaston 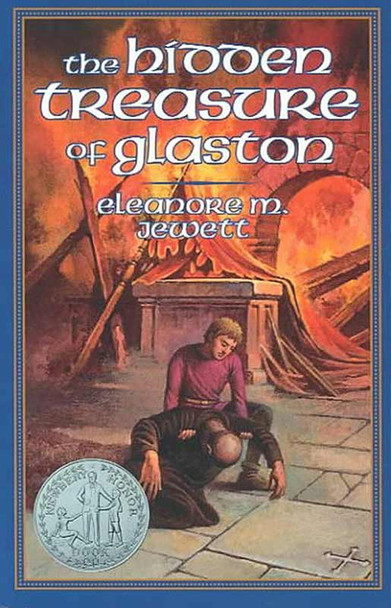 The Hidden Treasure of Glaston

Amidst great mystery, Hugh is left in the care of Glastonbury Abbey by his father who must flee England too swiftly to be burdened by a crippled son. Ashamed of his physical weakness, yet possessed of a stout heart, Hugh finds that life at the abbey is surprisingly full in this year 1171, in the turbulent days of King Henry II. Hugh, his friend Dickon and their strange friend, the mad Bleheris, uncover a treasure trove and with it a deeper mystery of the sort that could only occur in Glastonbury where Joseph of Arimithea was said to have lived out his last years. Before all is done, more is resolved than Hugh could ever have hoped. A Newbery Honor winner.

The Passion of Jesus and Its Hidden Meaning

MSRP:
Now: $19.95
Was:
The Passion of Jesus and Its Hidden Meaning,  by Father James Groenings, SJ   Our Lord’s Passion and Death are explained with vivid detail.  Excellent meditations on the...

Treasure and Tradition: The Ultimate Guide to the Latin Mass

MSRP:
Now: $24.95
Was:
Whether you’ve been attending the Extraordinary Form of the Mass for years, or are merely curious about it, this guide is designed to open up the riches contained within the Mass to all. Inside, you...

MSRP:
Now: $4.95
Was:
A beautifully illustrated explanation of the Guardian Angels for your child, presented simple terms. An ideal gift for every occasion. From a collection of books for children. Sold separately...

MSRP:
Now: $14.95
Was:
Marigold Hunt, continues the tale of Jesus and His Church by retelling for children the events reported in The Acts of the Apostles, St. Luke's account of the dangerous early days of the Church...

MSRP:
Now: $12.95
Was:
This Vision Book for youth 9-15 years old tells the exciting, inspirational story of the great French saint of charity, St. Vincent de Paul. From his days of youth as a shepherd boy to his slavery in...

MSRP:
Now: $4.95
Was:
A beautifully illustrated explanation of the Apostles' Creed for your child, presented simple terms. An ideal gift for every occasion. From a collection of books for children. Sold separately...

MSRP:
Now: $4.95
Was:
A beautifully illustrated explanation of The Our Father Prayer, our prayer to God, for your child, presented simple terms. An ideal gift for every occasion. From a collection of books for children...

MSRP:
Now: $4.95
Was:
Matt Talbot's story is one of hope and encouragement to anyone suffering from addiction. Living through desperate times, politically and economically, with ample excuse to become an alcoholic, which...

MSRP:
Now: $4.95
Was:
"The life of Peter Julian Eymard, the standard-bearer, herald and champion of Christ's presence, in the sacred tabernacle, is, like that of the Baptist, a shining and burning light…through...

The Sacred Heart of Jesus